Bonjour and greetings my friends from around the world!

Paris wasn't the talk of the week, but rather a little town just outside of Paris called Versailles.  Versailles features a remarkable castle called the Chateau Versailles that was built over a period of nearly 100 years and started by the sun-king Louis IV.  Here's the history for any nerds reading this: Palace of Versailles - Wikipedia

The building and gardens are absolutely stunning and have been in the hands of the people since 1789.  Few parties have been held there since, though a famous treaty or two has been signed.  You might remember the Treaty of Versailles from history class when you were a kid.  I think the Germans just made the last payment on that one last year.

According to my sources... there have been 3 parties in Versailles in the past decade.  One for royalty, one for an Indian billionaire and last night's part which was open to the public... insomuch as the public that could afford the costume, tickets and transportation to Versailles.  For me this was a new record in party expense and I don't care to talk too freely about it but lets say that over 1,000 Euros fled my bank account before the night was over.

The party itself was held in the Orangerie, a garden nestled off to the front right of the castle (or back left if you think of the street as the front).  The garden is famous for it's box-planted trees and is surrounded by an indoor pavilion with HUGE vaulted marble ceilings.  The venue was absolutely stunning... astonishing... I was drunk with awe before the champagne even had a chance.

From here, my friends.  I'll let the pictures speak for themselves. 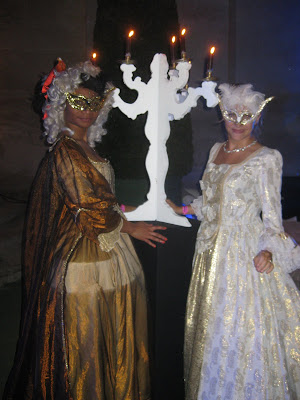 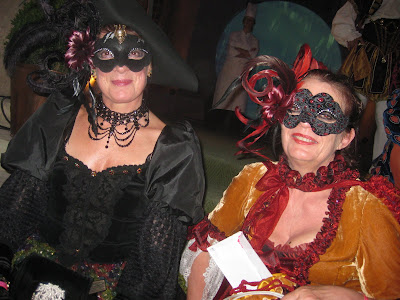 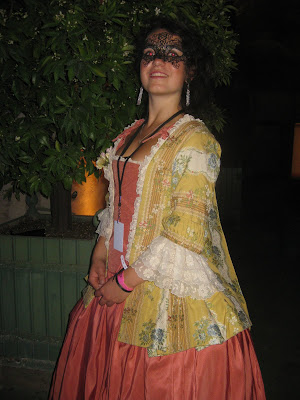 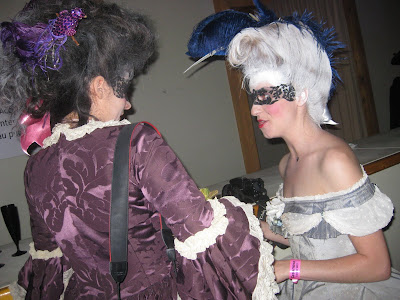 Posted by Chevalier Robyn at 9:45 AM